Afraid To Fly? Read This 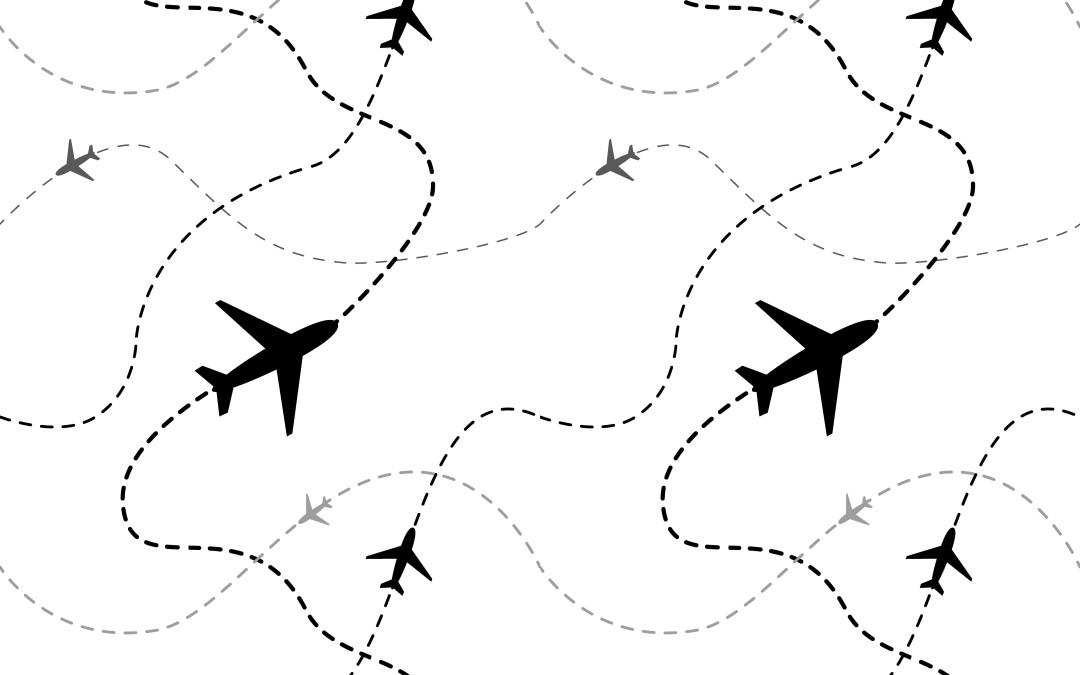 Fear of flying? You’re not alone. But the reality is, all the Xanax, meditation music, aromatherapy, and in-flight cocktails in the world are only going to mask your problem, not solve it. That’s where FlyHome comes in. The savvy service offers online courses (ranging from $99 to $795 depending on the duration) that cover everything from the physics behind a flying plane to how pilots avoid collision to those ominous sounds that you immediately translate as trouble.

The programs—designed and taught by experienced pilots—are geared toward business and leisure travelers alike, so you’re covered regardless of the frequency or the distance. Truthfully, I don’t have a regular fear of flying, but there are definitely times when I feel a bit unsettled (who doesn’t?), and I’ve definitely either sat next to or traveled with someone who wouldn’t be comfortable until wheels are down. So after chatting with Captain Tim Griffin, I gained a better understanding of the technical specifics that support any fear in the book.

Tell me a little bit about the FlyHome team? How did the group of pilots get involved?
“Many of the pilots of FlyHome are actually one family, ranging from my grandfather, who was a Pan American Captain, to my Aunt, who was the first Female pilot for Pan American. Other members of the team are pilots that I met throughout my career who have an extensive background in aviation.”

What’s the difference between the vacation and business traveler packages, and why are these two categorized differently?
“The difference between the Vacation Traveler Course and the Business Traveler Course is not just the number of sessions; however, the business traveler course offers more ‘Pre-Flight Briefings,’ which is when the client will speak with their instructor on the day of their flight to discuss weather, routing, airline, aircraft type, and, most importantly, turbulence locations. Since Business Travelers fly more often, increasing the number of pre-flight briefings was a great incentive for them to use.”

Do you happen to notice that your business increases/peaks depending on the news, what’s happening in the world—e.g., ISIS, etc.?
“Activity does, in fact, increase when there is more media exposure on commercial aviation events.”

What are the biggest questions and concerns you receive, and what are some tips you offer to get through these situations?
“Hands down, turbulence is the biggest fear. Most clients feel as if they’re dropping hundreds, or even thousands, of feet while flying in turbulence, so we take them behind the scenes via video footage from the cockpit to show what the plane is actually doing—and it is nowhere near where you think it would be (for the better!). From wing design to pilot activity, we prove how the effects of turbulence can be minimized.”

“The second most popular questions are the ‘what if?’ scenarios that occur either before or during the flight. ‘What if the engine fails?’ ‘What if the pilot has a heart attack?’ ‘What if the electrical system fails?’ While these are just a few examples, the Pilots at FlyHome teach clients the training that they receive as well as about the systems that are in place on board to prevent total failures.”

The average consumer can’t afford to fly first class, but there are a lot of claustrophobic people out there. How can this flyer get through—especially if that end seat isn’t available?
“Open that window shade and the air vents; tell the flight attendants you’re anxious; get up and stretch out when the ‘fasten seatbelt’ light is off—little things can make a plane feel more comfortable!”

When we’re stuck on the tarmac for “technical issues,” what’s generally going on? Personally, I’m terrified that there’s anything from a gas leak to a broken wing!
“The truth of the matter is, when flying on the airlines, the FAA strictly regulates everything—which is good! However, when something isn’t working, even if it is a small and not-so-essential item, many things have to be done to receive clearance to take off with an inoperative item. However, if it is a larger item, then a mechanic might have to come on board to replace or repair it. After that is done, it will need to be signed off on before the plane can depart— this can be very time consuming.”

“There is a book for every plane, called an MEL (Minimum Equipment List), which will tell you what needs to be operative; what can be inoperative to fly with; and, if it can be flown with ‘inoperative,’ what measures have to be met to do so. We worked with a client who was delayed for three hours because of a broken tray table. It doesn’t seem so big, but believe it or not, it had to be fixed before takeoff was allowed.”

How does the purchaser know that they are “ready to fly” after taking one of your programs?
“Many clients actually enroll in the course to give them the courage to book the ticket—when they are at that point, the motivation will be there to get on board. The pre-flight briefings are great because the client becomes very comfortable with their assigned instructor/pilot—being able to talk with them beforehand is a huge hit.”

What are the top items every fearful flyer should carry in his/her onboard bag?
“An iPad, iPhone, computer, headphones, book—whatever will distract them from their personal fear.”