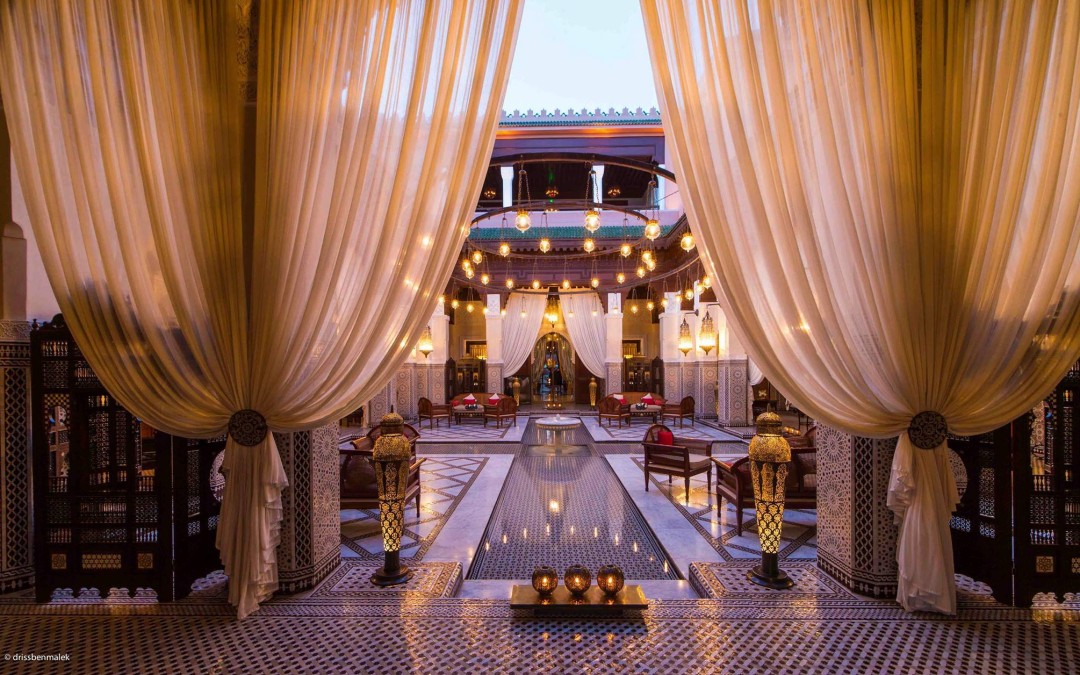 For most of us, taking a vacation requires strategic planning, to include saving enough dough to make the whole experience worthwhile without having to come home empty-handed with your pockets turned inside out like the Monopoly Man.

After all, how many times have you tried to rationalize your lodging choice by saying something like, “but how much time are we really going to spend in the room, anyways?”

That’s all well and good, but if you had the opportunity (and the cash flow) to stay in one of the following plush pads, we have a feeling sightseeing might become a second-tier activity. From a property owned by a king to an entertainment area with 1,000-plus books to inhabitable art (yes, really), you’re going to wish you could check-in indefinitely. Suite dreams, dear reader. 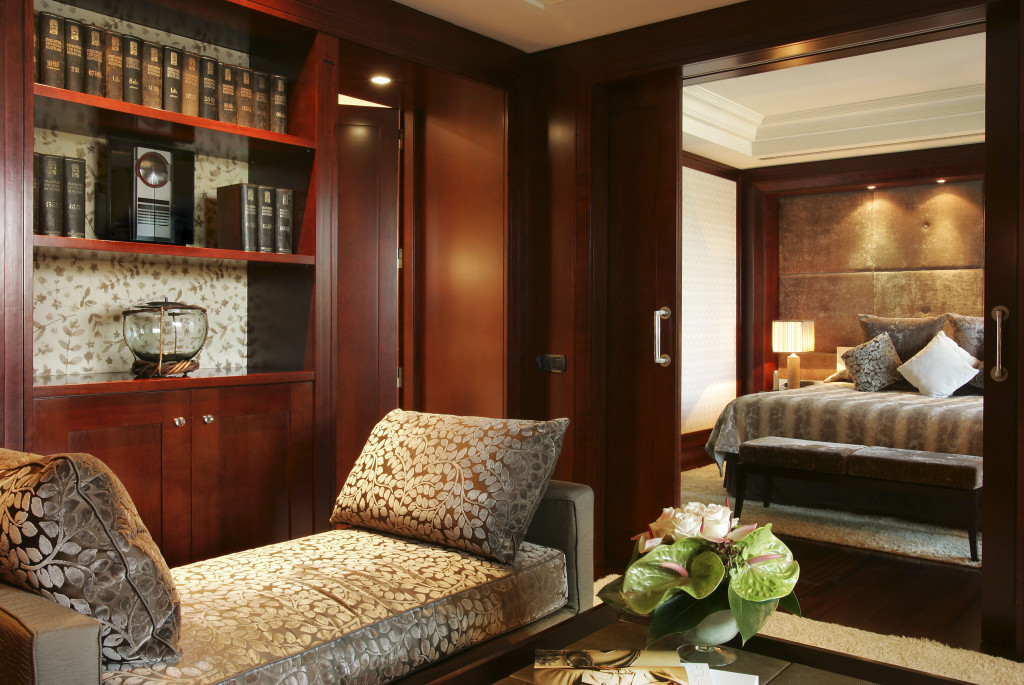 While you can explore an entire city and all of its historical monuments by foot, there’s something to be said for being able to take in the sights while lying in bed or sitting on the couch reading the morning paper. All is possible at the luxurious, five-star Majestic Hotel in Barcelona, which boasts a bevy of modern-day conveniences, within ancient environs, located on the Paseo de Gracia, one of the most celebrated avenues in in the city. 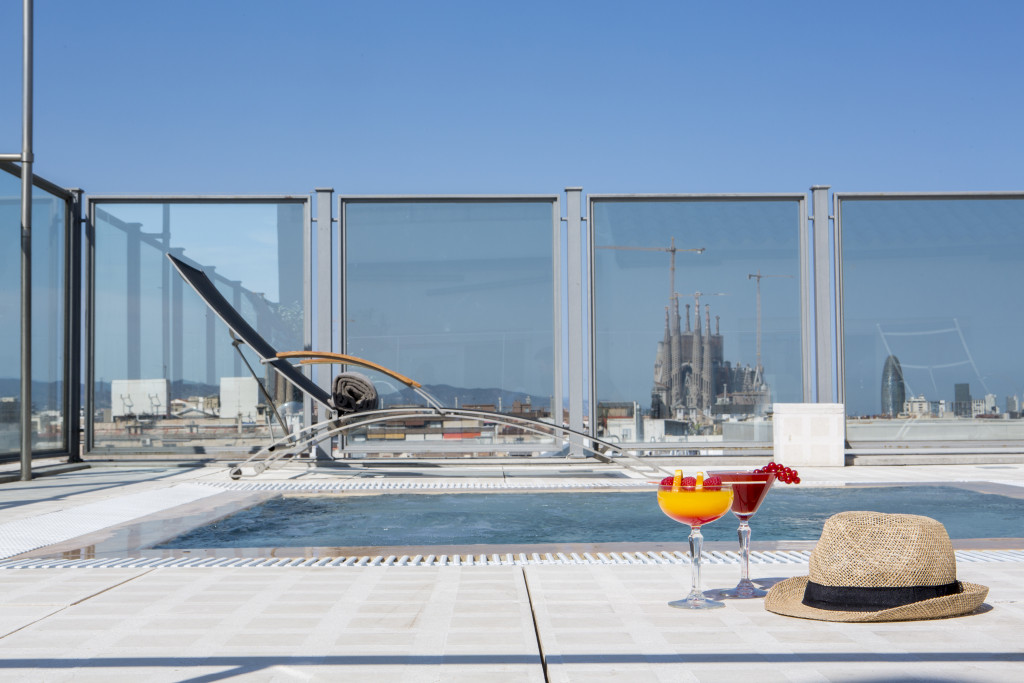 As one would guess, the Sagrada Familia Penthouse boasts spectacular views of the temple with the same namesake from the sprawling terrace, complete with pool. As if that wasn’t enough to bait you in, this ninth floor respite was named one of the best suites in Spain by the World Travel Awards. Rates start at approximately $2,639. 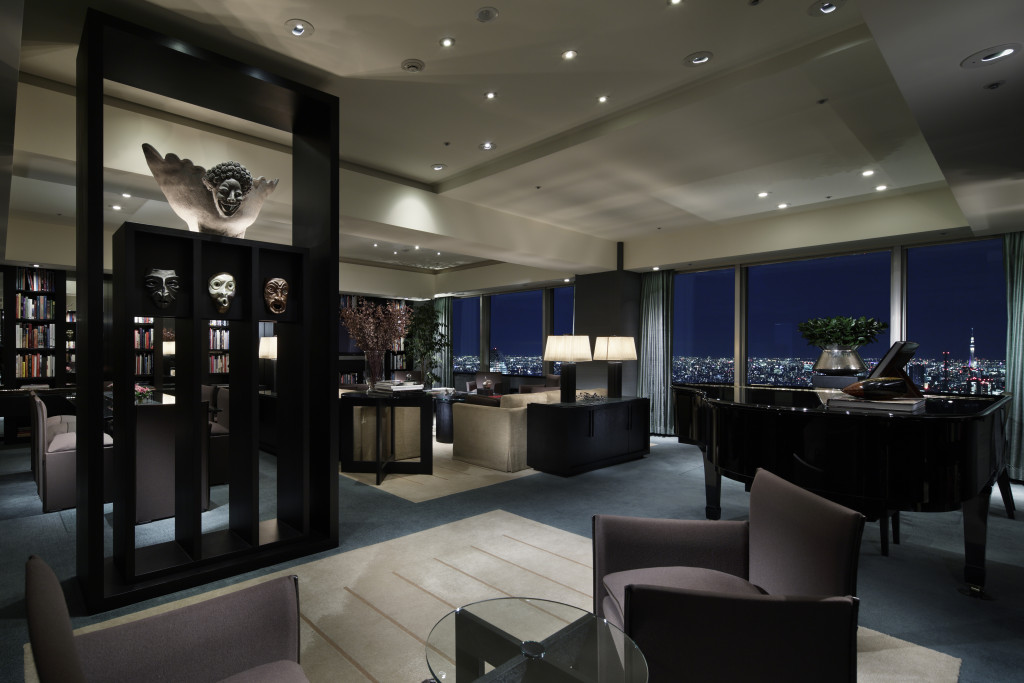 The city may be bustling, but it’s nothing but serenity within the palatial environs of the Park Hyatt Tokyo, located on the top floors of a towering skyscraper in one of the most vibrant cities in the world. While the views are unparalleled from any vantage point in this sky-high paradise, it’s the scenery within the Tokyo Suite on the 50th floor that rivals anything on the other side of the glass. 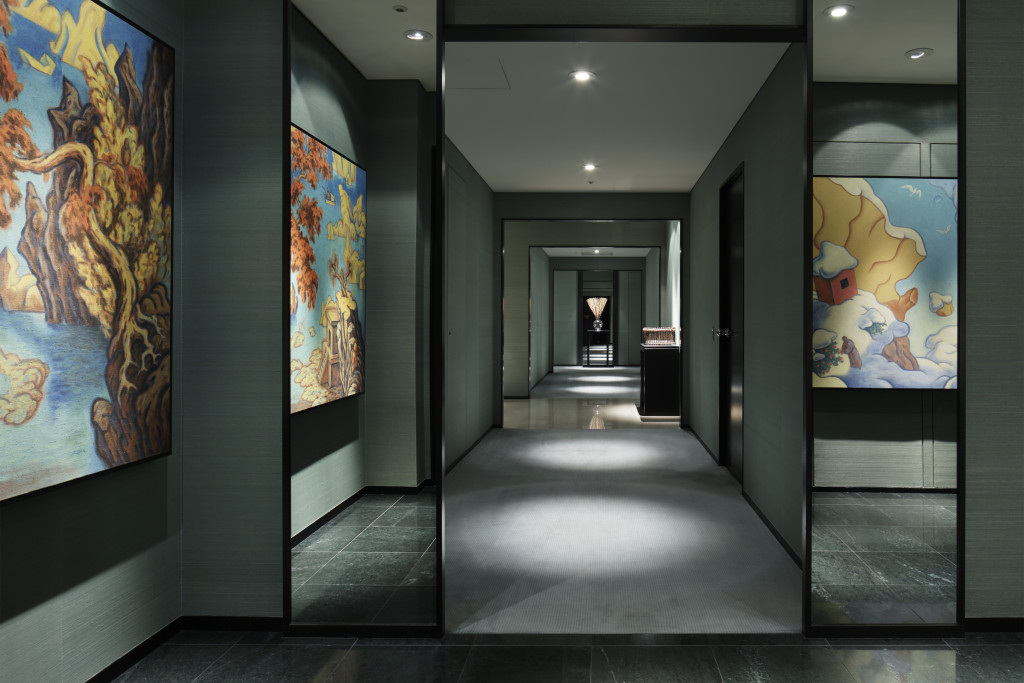 The impressive suite is a dream come true—particularly for anyone with a cultural bone in his or her body. Over 1,000 books and monographs beckon casual and hardcore readers alike, and the amount of impressive artwork on display rivals the galleries of some of the worlds’ greatest museums. Rates start at approximately $5,496.65. 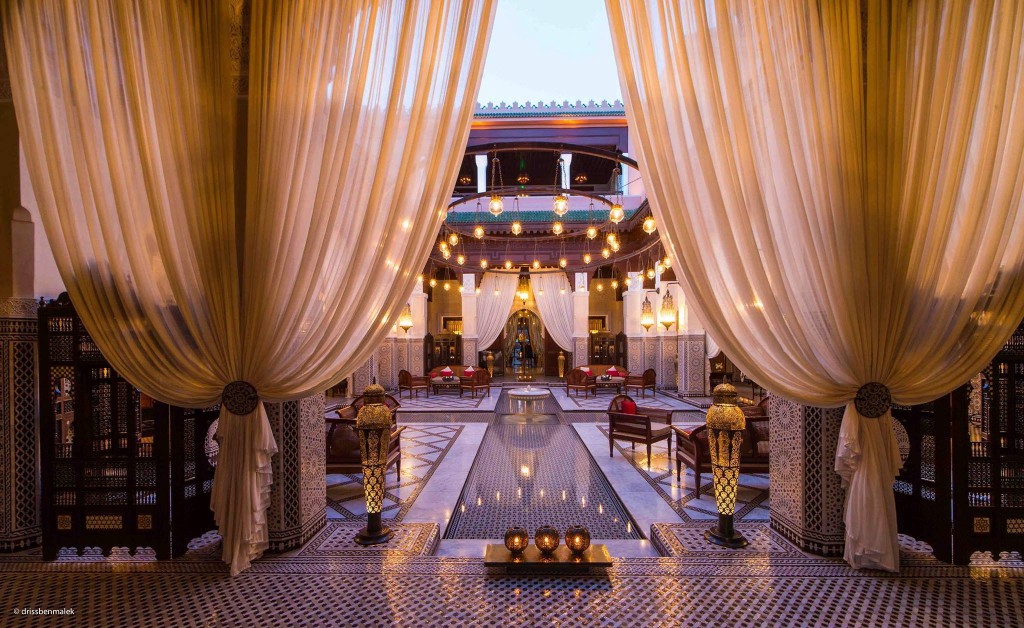 It’s no surprise that this Marrakech property has palace-like characteristics, as the current King of Morocco, Mohammed VI, owns it. In fact, a “riad” is a traditional Moroccan house or palace with an interior garden or courtyard. The word stems from the Arabian term for garden, “ryad”—an architectural gem that was introduced during the rule of the Idrisid Dynasty. 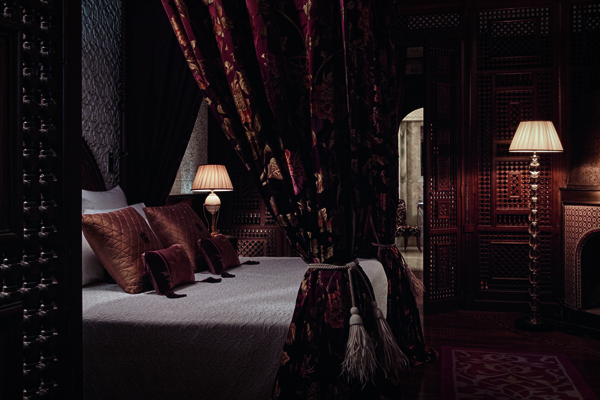 The riads—available with one-to-three bedrooms—each have their own rooftop plunge pool to cool off from the desert sun, traditional (read: stunning) Moroccan décor and enough mysterious nooks and crannies to feel like an Indiana Jones movie—even the staff travels by a series of tunnels through service entrances, thus keeping the experience private. The only thing missing? A magic carpet—but we haven’t given up hope yet. Rates start at $1,175 for a one-bedroom riad. 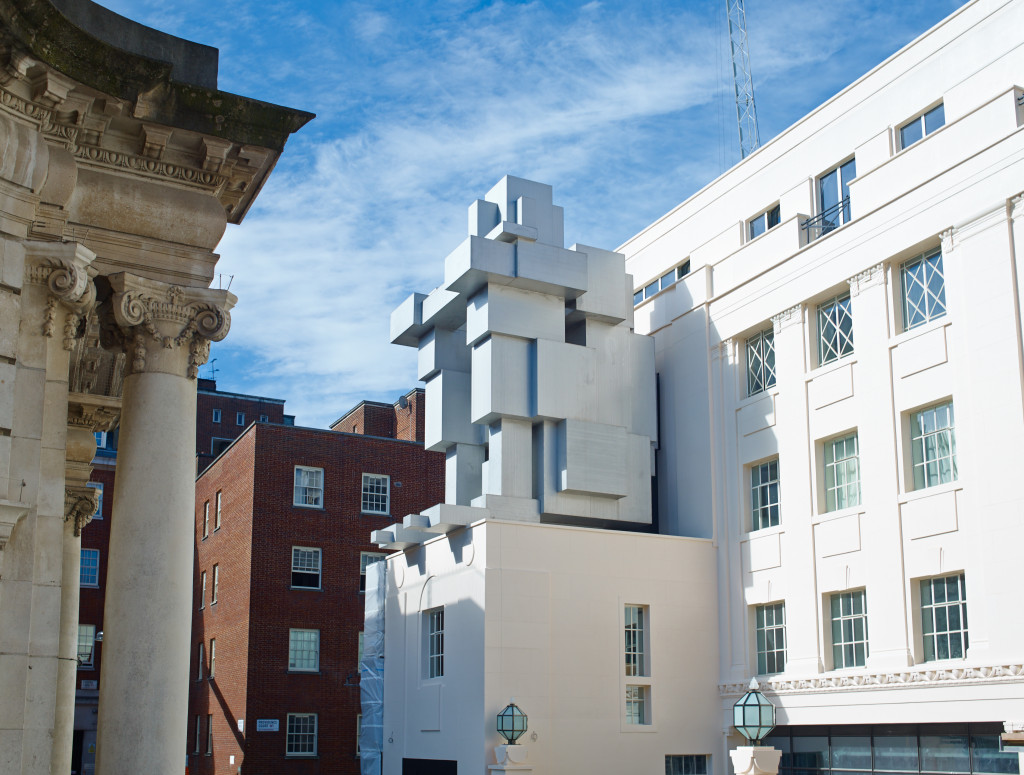 This intimate Art-Deco-inspired boutique hotel is the brainchild of restaurateurs Corbin & King, responsible for The Wolseley, The Delanay and several other highly esteemed eateries in London. Among the 50 rooms, 13 studios and 10 suites, the pièce derésistance is ROOM, an inhabitable sculpture commissioned from Turner Prize-winning British artist Antony Gormley. Can’t afford to stay in ROOM? You can get a peek at what the structure looks like from the exterior, as it clings to the façade of the hotel. 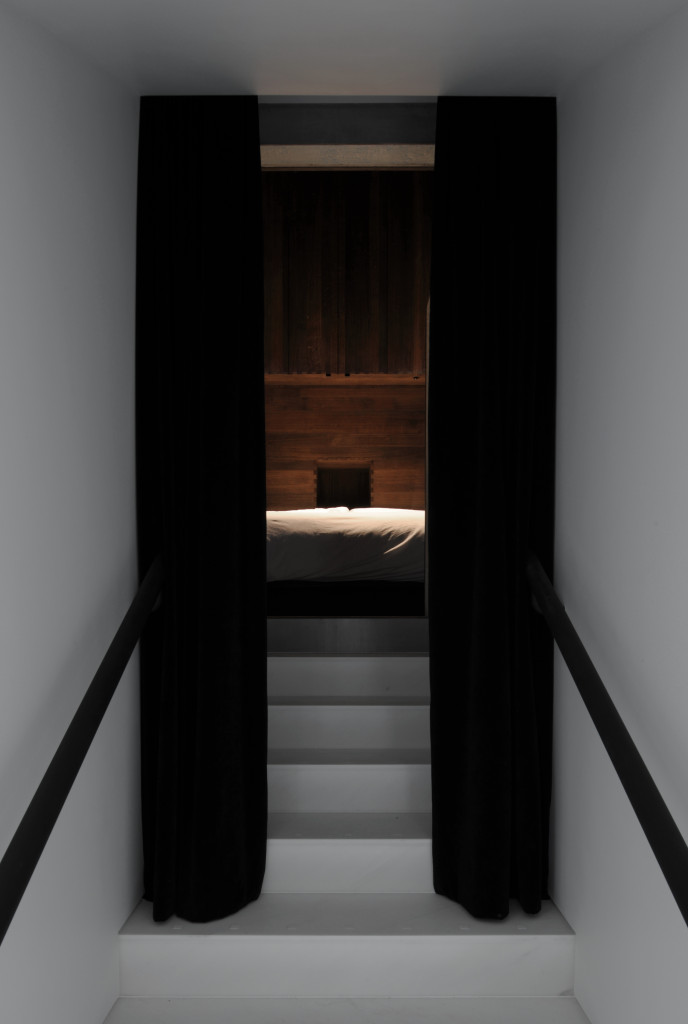 Gormley’s version of “sculpting darkness” translated into a cave-like space that encourages guests to enter a different state of consciousness—in other words, to really chill out for a while. The rest of the one-bedroom suite is decorated in true Beaumont fashion, complete with vintage art and photography books and Art Deco nuances throughout. Rates start at approximately $3,370. 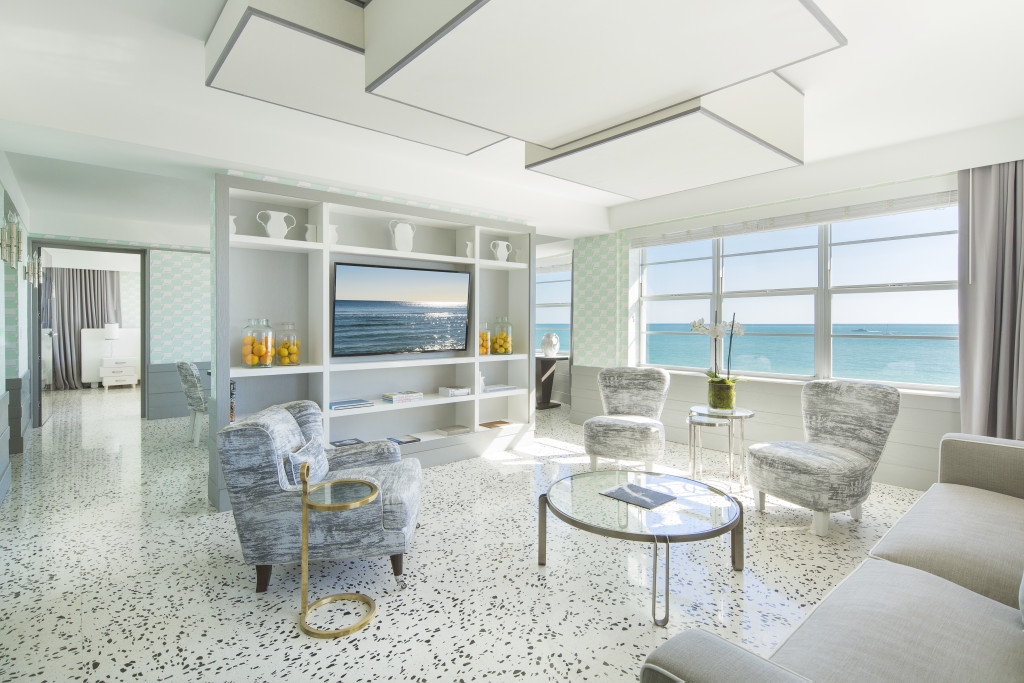 Photo courtesy of Metropolitan by Como.

Location, location, location. You don’t need to travel to the ends of the earth to get a room with a view when Miami Beach is just a short plane ride away. This boutique Art Deco style hotel is in the heart of it all—shopping, dining and entertainment—but if you want to avoid the crowds, there’s a frosty libation waiting for you on the terrace of this posh pad. 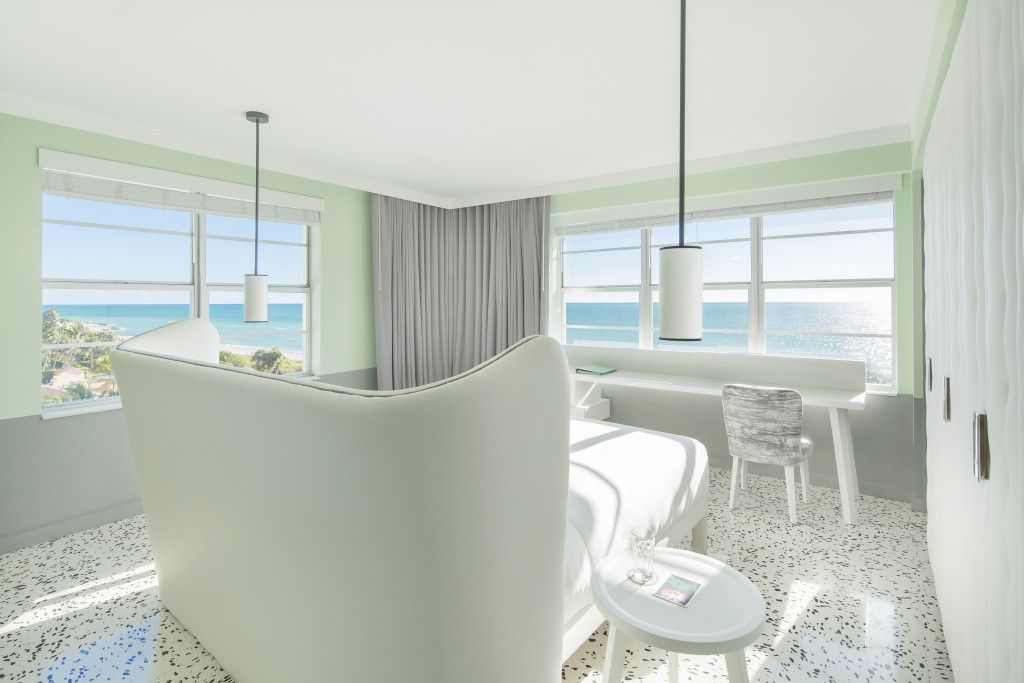 Photo Courtesy of Metropolitan by Como.

The Como Penthouse Suite features sweeping views of the Atlantic from every room, so it feels as though you’re on the beach—but without having to worry about getting any sand in your shoes. Those traveling with multiple houseguests have the option to connect with two-to-three additional bedrooms, and the corridor can be secured to create a private “wing-like” feel. Rates start at approximately $1,415.
(CS 1 PIC)